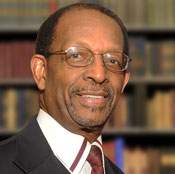 Dear Friends in the Struggle:

State of the Black World Conference IV (SOBWC IV), November 16-20, 2016, was one of the great gatherings of people of African descent, Black people, in recent history. People are still buzzing about the richness of the interaction and networking, the powerful information and spirit of unity/togetherness that was experienced. Equally important, the Declaration of Intent and Call to Action from the Conference laid out the Institute of the Black World 21st Century’s (IBW) priority action-items for follow-up/implementation. As we cautioned at the Conference, the ability to do effective follow-up/implementation would very much depend on having sufficient human and material resources. Candidly, the lack of resources has hampered our ability to move forward as quickly and successfully as we would like. Nonetheless, we have made incremental progress. What follows is a brief Progress Report on implementation of the action-items in the Declaration of Intent and Call to Action:

As a follow-up to the Town Hall Meeting on the Impact of the 2016 Presidential Election on Black America and the Pan African World, April 28, 2017, IBW convened a Town Hall Meeting at the historic Metropolitan AME Church in Washington, D.C. to evaluate the first 100 days of the Trump administration. The event was Moderated by Mark Thompson, SIRIUSXM and Verna Avery Brown, WPFW, Pacficia, Washington, D.C. A stellar Panel consisting of Ben Jealous, Dr. Julianne Malveaux, Atty. Barbara Arwine, Ron Hampton, Symone Sanders, Jamira Burley, Bill Fletcher and Dr. Elsie Scott conducted a very lively and informative discussion on the causes, effects and impact of the election of President Trump. The Town Hall Meeting was broadcast live by SIRIUS XM Progress and WPFW, Pacifica Washington, D.C.  It can be viewed in its entirety here — Report Card on President Trump: The First 100 Days Video

At the encouragement of the National African American Reparations Commission (NAARC) and strong support of the NCOBRA Legislative Committee, in January, Congressman John Conyers re-introduced HR-40 as the Commission to Study Reparations Proposals Bill. This marked a decisive shift from simply studying whether Reparations are due African Americans to examining and recommending remedies for enslavement. An effort is underway to encourage 100% of the Congressional Black Caucus to sign-on to the Bill as Co-Sponsors by the Congressional Black Caucus Annual Legislative Conference in September.

March 20 – 23, Dr. Ron Daniels, Convener of NAARC, attended an International Reparations Conference in Cali, Columbia. The invitation was extended by Esther Ojulari, the Afro-Descendant leader from Columbia who participated in the Reparations Town Hall Meeting at SOBWC IV. Dr. Daniels joined Danny Glover, Mirielle Fanon-Mendes France and James Early as Presenters at the Conference. Information was shared about NAARC and the CARICOM Reparations Commission as a basis for encouraging leaders and organizations to establish a Reparations Commission in Colombia. Dr. Daniels’ participation fulfilled a commitment made at SOBWC IV to support the development of Reparations Commissions among Afro-Descendant people in Central and South America.  As a result, representatives of Afro-Descendant organizations are expected to attend a NAARC area/regional reparations gathering and strategy session in New Orleans in December.

Towards A Domestic Marshall Plan for Black Communities

Since SOBWC IV, the National Urban League has issued a Call for a “Mainstreet Marshall Plan”. The Center for American Progress has also joined the call for a Domestic Marshall Plan. Accordingly, IBW has assembled a Task Team with representatives from the Office of Mayor Ras J. Baraka, the National Urban League, the Abbott Leadership Institute, Rutgers University, the African American Leadership Project and the IBW Research Consortium to plan a Symposium on The Case for a Domestic Marshall Plan at Rutgers University this fall. Urban policy experts, a selected list of Mayors, elected officials and scholars will be invited to participate in the Symposium. The goal is to clearly articulate the urgent need for a Domestic Marshall Plan to build and sustain wholesome Black neighborhoods and communities, and to devise strategies to mobilize national support for the concept.

Newark as a Model City Initiative

The goal of this Initiative is to mobilize maximum human and material resources from Black America and the Pan African World, e.g., urban planners, community economic development specialists, entrepreneurs, investors to support the planning and development goals for the City of Newark under the leadership of Ras J. Baraka, a progressive African American Mayor. We are delighted to report that Mayor Baraka has endorsed the concept and appointed a Liaison to work with the IBW Task Team. IBW will be relying heavily on Dr. George Fraser, President/CEO of FraserNet, to identify a select number of leaders to participate in an Economic and Community Development Planning Summit in Newark to launch this Initiative.

IBW is actively engaged in conversations with the Movement for Black Lives to move forward with a follow-up to the Cross-Generational Dialogue at SOBWC IV. Two specific action-items are being discussed for implementation: Establishing safe “Teaching Spaces” for frank/honest cross-generational learning, sharing, exchange of perspectives, constructive critique and devising strategies to strengthen cross-generational engagement; and, convening a session on the implications and lessons of Cointelpro for the current generation of activists/organizers associated with Black Lives Matter, Movement for Black Lives and similar formations.  We will be convening these sessions by the end of the year.

The New York based Pan African Unity Dialogue (PAUD) is developing a campaign to expose President Yoweri Museveni of Uganda as Africa’s U.S. backed “Destabilizer-In-Chief” for his destructive covert and overt interventions in the Democratic Republic of the Congo, Sudan and South Sudan. These interventions have resulted in the loss of millions of lives and contributed to chronic instability in the region. The campaign will be launched in the next 60 days. PAUD is an Initiative of IBW.

IBW has also committed to giving greater exposure to the plight of Afro-Descendants in Colombia where corporate backed militias and death squads are terrorizing Black communities and assassinating their leaders in an effort to push them off mineral rich and valuable lands.

While the progress on follow-up/implementation cited above is meaningful, the major goal of enabling the Issue Area Working Groups to continue after the conference is a decided shortcoming. We applaud Sister Nataki Kambon, Co-Founder and National Spokesperson for Let’s Buy Black 365 for continuing to convene interested persons from the Economic and Community Development Working Group.  There was also an effort by volunteers from the Education Issue Area to continue engagement with interested persons in that Working Group. The leadership of IBW is deeply disappointed in our failure to facilitate the ongoing engagement of the other Issue Area Working Groups. For this we apologize. Our inability to follow-up on this commitment is due to our lack of staff and internal capacity. We simply do not have the human and material resources to effectively service the Working Groups to continue engaging post-conference. IBW urgently needs help/support to overcome this weakness.

There was an overwhelming sentiment that IBW not wait four years to convene State of the Black World Conference V. The leadership of IBW would certainly like to return to Newark in November of 2018 for SOBWC V.  However, as stated in the Declaration of Intent and Call to Action from SOBWC IV, that decision is totally contingent on IBW increasing its capacity not only to convene another conference, but to more effectively follow-up, particularly in terms of continuing the engagement of the Working Groups. As of this Report, we are not there yet. IBW needs more major donors, grants and sponsors to build our capacity. And, equally important, we need much more support from our friends/allies and interested parties who would like to experience SOBWC V in Newark.

In that regard, we are profoundly thankful to those who responded to Haki Madhubuti’s appeal that participants at the Conference commit to contributing at least $25.00 a month to support the work of IBW. Twelve people out of the hundreds who attended SOBWC IV responded and IBW is receiving monthly tax-deductible donations of $10.00, $25.00 and $50.00 from this group of Gregory Griffin Sustaining Contributors. What if IBW had one hundred supporters donating $25.00 per month. A substantial increase in the number of Gregory Griffin Sustaining Contributors would enhance our capacity to follow-up/implement the action-items in the Declaration of Intent and Call to Action from SOBWC IV.  More Sustaining Contributors plus major donor, sponsorship and foundation support would ensure the return to Newark for SOBWC V.  Accordingly, we appeal to our friends, allies and concerned Black people to help IBW achieve this goal by making a sacrificial tax-deductible donation and encouraging family and friends to follow your lead.  In the words of the Honorable Marcus Mosiah Garvey. “Up you mighty race, you can accomplish what you will.”