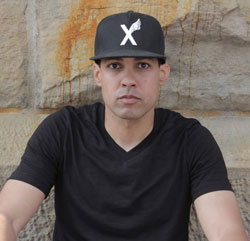 New York – The Institute of the Black World 21st Century (IBW) announced today Pittsburgh based Hip Hop activist Jasiri X will serve as the HIP Hop Ambassador for State of the Black World Conference IV (SOBWC IV) scheduled for November 16th– 20th in Newark, N. J. The recently released Second Call for SOBWC IV states: “What if hundreds of Hip Hop activists and cultural workers assemble in Newark to rededicate themselves to translate the articulation of the ‘realness’ of the wretched condition of oppression and exploitation in America’s ‘dark ghettos’ and the Pan African world into revolution – radical, transformative change to realize full freedom, justice and self-determination for people of African descent everywhere!” As the Hip Hop Ambassador for SOBWCIV, Jasiri X has agreed to use his considerable influence and organizing skills to answer this vital dimension of the Call.

Jasiri X is increasingly recognized as one of the foremost young leaders in the U.S and the Pan African world. Mobilizing/organizing with a mission of “Freeing Minds One Rhyme at a Time,” he gained national/international acclaim with “Free the Jena 6” which helped to galvanize the movement to exonerate six Black students accused of attempted murder after a schoolyard fight erupted over nooses found hanging from a tree on school grounds.  He has continued to be a vocal voice, demanding an end to police killings of Black people, self-determination for the Palestinians, an end to the global drug war and numerous other causes.  Counseled and influenced by the Honorable Minister Louis Farrakhan of the Nation of Islam, the cultural and civil rights icon Harry Belafonte and Paradise Gray, Co-Founder of X-Clan, Jasiri X is the first Hip Hop activist to receive an Honorary Doctoral Degree — which he was awarded this year by Chicago Theological Seminary. He is also the founder of 1Hood Media, “a collective of socially conscious artists and activists who believe art is the best way to challenge inequality, raise awareness and unify humanity.”

“We are deeply honored that Jasiri X has agreed to serve as Hip Hop Ambassador for what could be this generation’s Black Power Conference,” Dr. Ron Daniels, President of IBW commented. “We are serious about engaging socially conscious Hip Hop activists and cultural workers from around the country and the world to come together to discuss ways to more effectively utilize one of the most powerful genres the world has ever seen as a force to end the State of Emergency in our communities. Jasiri X is the revolutionary Brother who can help us realize this goal.” Paradise Gray, who has agreed to work closely with Jasiri X on this mission said, “We also need to use the occasion of SOBWC IV to commemorate and learn from the Hip Hop Declaration of Peace which was launched fifteen years ago. The Conference can be an intergenerational space to equip Hip Hop artists and activists to unite and fight for the liberation of Black communities across this country and the world.”

Dr. Daniels indicated that the Issue Area entitled Mobilizing/Organizing Hip Hop Activists and Cultural Workers for Black Empowerment will include a major Plenary and Working Session Tract which will focus on Hip Hop activists devising an agenda for social justice and social change.   In addition, Hip Hop activists will serve as Speakers/Panelists for the six other Issue Areas. IBW also announced that Chuck  Dee, MC Lyte and Paradise Gray will be honored with Legacy Awards at SOBWC IV.