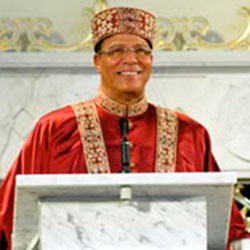 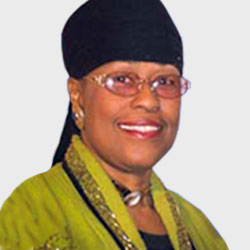 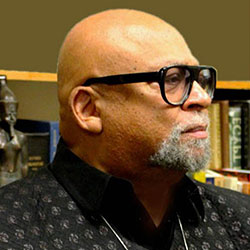 Farrakhan and Karenga to Speak at SOBWC IV

Dr. Ron Daniels, President of the Institute of the Black World 21st Century, has proclaimed that State of the Black World Conference IV (SOBWC IV) has the potential to be one of the great gatherings of this century, perhaps this generations Black Power Conference. That view was validated with the announcement that the Conference will conclude with presentations by the Honorable Minister Louis Farrakhan, Convener and Coordinator of the most massive assembly of people of African descent in the history of this country, the Million Man March and Dr. Maulana Karenga, Founder of the US Organization and one of the most brilliant, visionary and systematic scholar/activists of the last half century. Dr. Karenga is the creator of Kwanzaa, the African holiday celebrated by millions around the world. He will discuss the significance of SOBWC IV within the context of the Theme – It’s Nation Time … Again, Racial Healing and Collaboration for Black Empowerment. Minister Farrakhan, who has been present at or supported every State of the Race or State of the Black World Conference since 1994, will deliver the Closing Charge.

Dr. Karenga and Minister Farrakhan will address the Conference after the Facilitators for the Seven Issue Area Tracts present summations and recommended action-items for follow-up. The Black Family Summit, an umbrella formation of twenty-seven African-centered Black Professional Organizations that was inspired by Minister Farrakhan’s call to action during the 10th Anniversary of the Million Man March, will receive Special Recognition during the Closing Session. Sister Fredrica Bey, the visionary Founder of Women in Support of the Million Man March, will serve as Moderator. The closing Ndaba/Plenary Session is scheduled for Sunday, November 20th, 9:30 AM – 12:00 Noon.